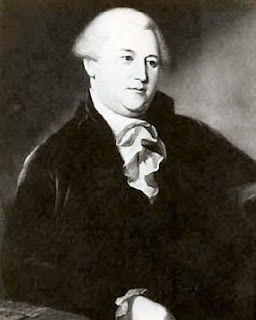 The Bedford’s were one of the colony’s oldest families having crossed the pond in 1621 to settle at Jamestown. Over time they would find their way north to Philadelphia, where Gunning was born to Susannah Jacquett and Gunning Bedford in 1747, the fifth of their 11 children.


Bedford received his university training at the College of New Jersey (which would become Princeton). His roommate was one James Madison, Jr. of Virginia. Bedford was the valedictorian of the class of 1771. By the time he graduated from college, he had married Jane Ballareau Parker. Parker was the daughter of Benjamin Franklin’s partner and the public printer for New York colony, James Parker.

After graduation, Bedford returned to Philadelphia to study law under Joseph Reed and was admitted to Pennsylvania bar. By 1779, Bedford had moved to Delaware, living in Dover and then moving on to Wilmington. He would adopt the tag Junior so as to avoid confusion with his cousin, Gunning Bedford. Cousin Gunning served as a colonel in the Revolution and went on to become the Governor of Delaware. 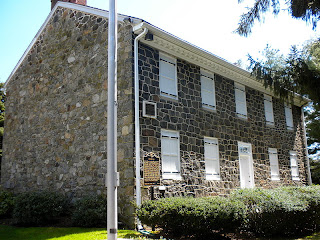 Bedford, Jr. was a career politician, and here we thought that was a new calling, serving in the state legislature, state council, Continental Congress, the Annapolis Convention, the Constitutional Convention (aka the Federal Convention) of 1787, two turns as a member of the Electoral College and Delaware’s Attorney General. At the Constitutional Convention he issued a challenge to the “big” states, “Do you worst.” In 1789 he was appointed as the first Judge of the United States for the District of Delaware where he served for 23 years until his death on March 30, 1812. He is interred at the First Presbyterian Church in Wilmington.
Posted by Country Girl in the City at 7:05 PM